Integration of capabilities for the Flir chemical, radiological and biological detection system 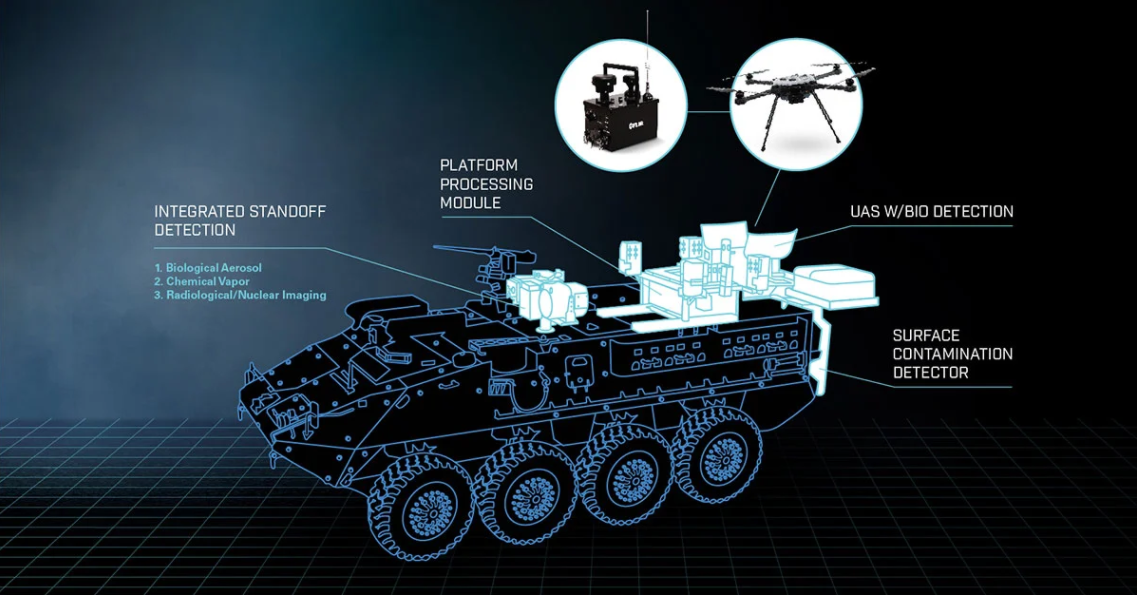 Globally, the use of CBRN (Chemical, Biological, Radiological and Nuclear) weapons is becoming more frequent and increasingly more lethal. When confronting this threat, soldiers rely on advanced technology to detect the hazard and save lives. This is where the U.S. Army’s Nuclear Biological Chemical Reconnaissance Vehicle (NBCRV) comes in—the specialized vehicle is equipped with a system to detect chemical, radiological, and biological contamination in its immediate environment and automatically warn soldiers of the risk.

The original NBCRV concept was an evolutionary leap ahead from other technologies of the day, but advances in sensors and unmanned systems have created an opportunity to improve on the initial system and set conditions for future CBRN Reconnaissance. FLIR is the lead integrator in modernizing the Army’s NBCRV system with improved and autonomous CBRN sensors.

The Sensor Suite Upgrade (SSU) represents a first ever integration of multiple CBRN sensors nested with unmanned platforms that are compatible with a command and control system. The NBCRV Stryker Sensor Suite automatically combines information from multiple detectors and transmits digital warning messages through the vehicle’s command and control equipment to warn follow-on forces.

Taken individually, these sensors are incredibly useful, but when integrated on a tactical platform they are a true combat multiplier. In the NBCRV, a C2 system will allow for data integration from various sensors that will enable the automation of certain tasks and minimize troop responsibility. This integration of capability represents a true tactical integrated early warning system, capable of enabling decision support and providing freedom of maneuver for Commanders in a CBRN environment.

The NBCRV Sensor Suite will feature capabilities of the FLIR R80D SkyRaider™ drone integrated with a specialized version of the FLIR IBAC bio-detection sensor to interrogate a potential release of a biological cloud after receiving autonomous direction from the onboard system.

The upgrade will also pair the NBCRV with a FLIR unmanned ground vehicle (UGV) to expand the system’s use with manned-unmanned teams. A FLIR-designed sensor suite on the UGV can accomplish interrogation of perceived threats, making it unnecessary to drive into all hazards to make an assessment.

A FLIR-developed command and control system will bring together all devices and platforms with integration and automation features that lessen the cognitive burden on users and improve decision-making.

FLIR is committed to a multi domain operation with fixed site, dismounted, and mobile integrated sensors working together to provide total integrated early warning across the entire theater of operations. For more on FLIR System’s integrated solutions for government and defense, visit www.flir.com/integrated-solutions.